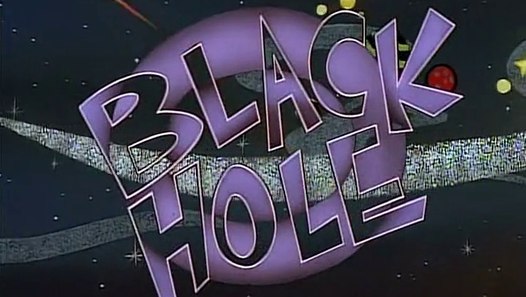 Ren and Stimpy experience the horrors inside a black hole.

While traveling through space, Commander Hoek and Cadet Stimpy get sucked into the “hideous vortex” black hole. When they get sucked in, they come out through the other side of the black hole. They’ve been teleported to another universe… a very eerie one indeed. In this universe, they travel around trying to find a way out, but they continue to hideously mutate into other eerie forms. Finally, they come to a mountain of socks which were all the world’s missing left socks. Stimpy’s “space-time doohickey” then notifies him that if they don’t get to the trans-dimensional gateway by 3:00 pm, they would be trapped there forever. Ren finds out that that is in 5 minutes. They get there on time but find out that they pay for a ride with exact change only. So they get kicked off. Ren gives an explanation that they will continue to mutate until their molecules break up and disperse. Stimpy decides to rather implode than disintegrate. So he sets a device on implode. But then he suddenly finds out that he had spare change all along. This makes Ren angry. Just when he’s about to slap Stimpy, Stimpy implodes. Then Ren does so. Then the show’s logo appears but Ren and Stimpy’s eyes have been imploded.