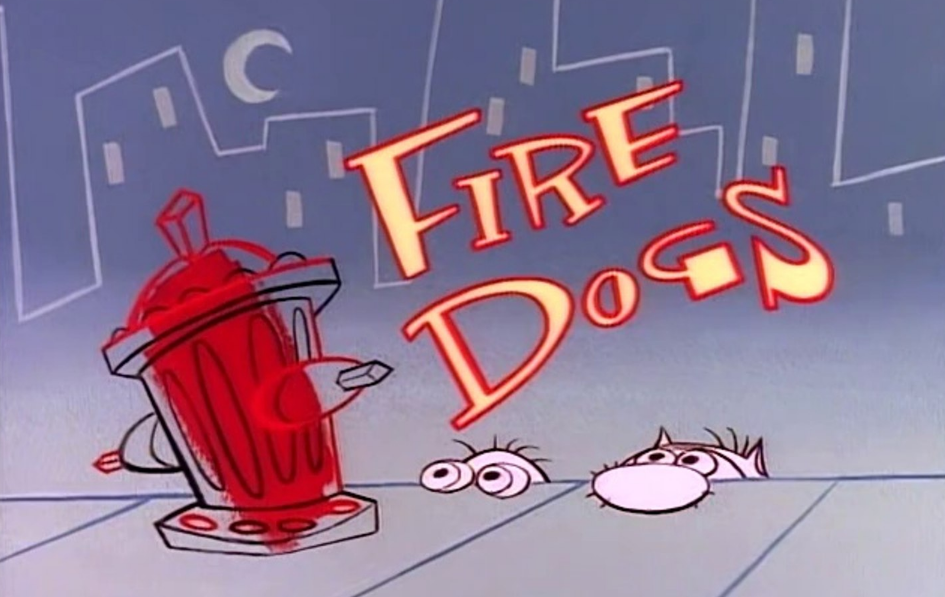 “Fire Dogs” is an episode of The Ren & Stimpy Show that originally aired on September 19, 1991.

To avoid starvation, Ren and Stimpy get jobs as firemen, but it is not as easy as it seems.

Ren and Stimpy are wandering the streets and starving, until they come upon a poster asking for fire dogs, although they can only be Dalmatians. The duo decide to disguise themselves to get food, shelter and (most importantly) money from the fire department. Since Ren is a Chihuahua and Stimpy is a cat neither of them even closely appear to be dalmatians, but thanks to some “dalmatian paint” they quickly appear to be fire dog worthy dalmatians. The duo get an alert about a burning building and rescue a series of animals thrown out of the window (including Mr. Horse). After rescuing Mrs. Buttloaves, (or rather, Mrs. Buttloaves rescuing Ren after he passes out) the heroes are rewarded. The Fire Chief awards Ren and Stimpy the golden fire hydrant helmets. A group of dogs (including Jasper and Mrs. Buttloaves) are then seen, and they all clearly need to go to the bathroom.