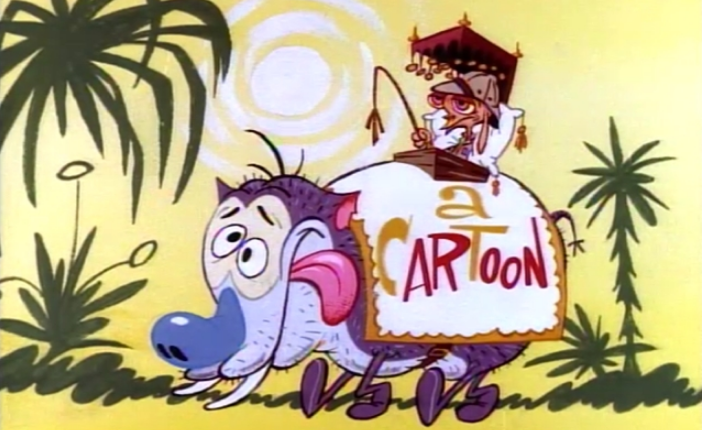 “Untamed World: A Cartoon” is the tenth episode of Season 1 of The Ren & Stimpy Show, that originally aired on November 10, 1991.

Ren and Stimpy host a nature show where they travel to the Galpagos Islands to observe various creatures (All of whom look like the two) and describe their lifestyle.

Stimpy: What’ll we do ‘til then?
Ren: Play horsey with your pet Crocostimpy.