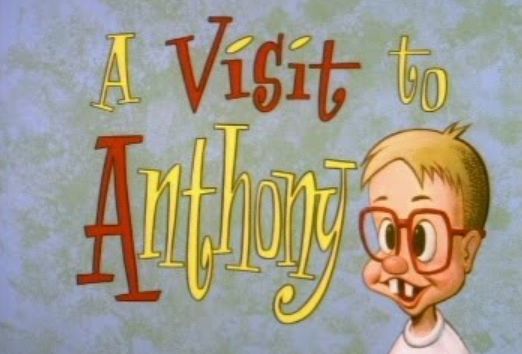 “A Visit To Anthony” is the 17th episode of the second season.

Anthony, a young fan of Ren and Stimpy, wins a contest to have Ren and Stimpy come to meet him, but his menacing, overprotective father would do anything to protect him and his boyhood innocence.