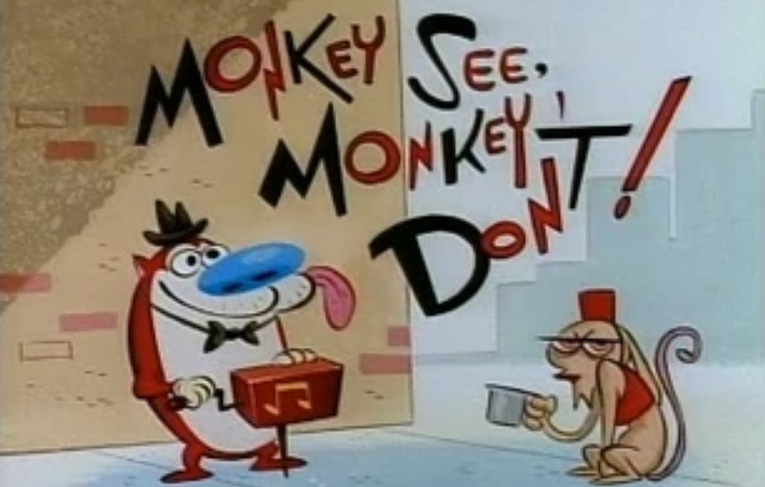 Ren and Stimpy, seeing how the animals at the zoo get free handouts from visitors, disguise themselves as primates and apply for positions in the monkey house. As the other monkey, “Filthy”, gets good food, Stimpy ends up getting old nutshells and pre-chewed gum, while Ren only gets a rock. Then they decide to get a transfer as a bird and a hippopotamus.