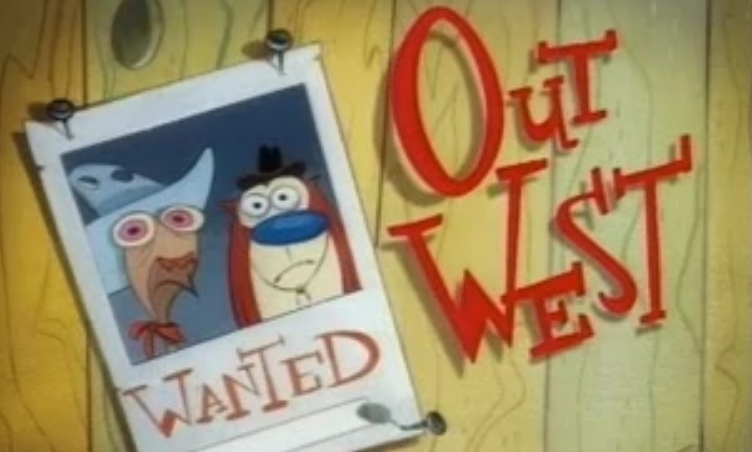 “Out West” is an episode of the second season.

Abner and Ewalt need someone to hang, so they hire Ren and Stimpy to steal Mr. Horse.