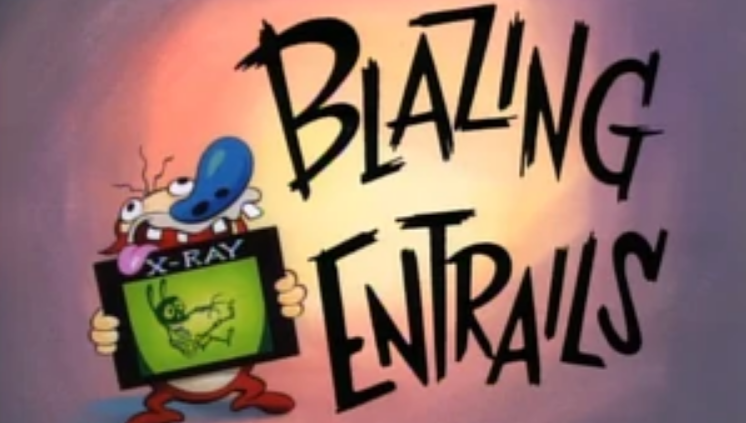 “Blazing Entrails” is the fourth episode of Season 4.

Ren takes Stimpy to Dr. Brainchild when he starts acting dumber than usual. Dr. Brainchild makes Stimpy’s body fifty times large, and Ren has to go inside Stimpy to save his brain from his ignorance gland (but not before getting beaten up himself).