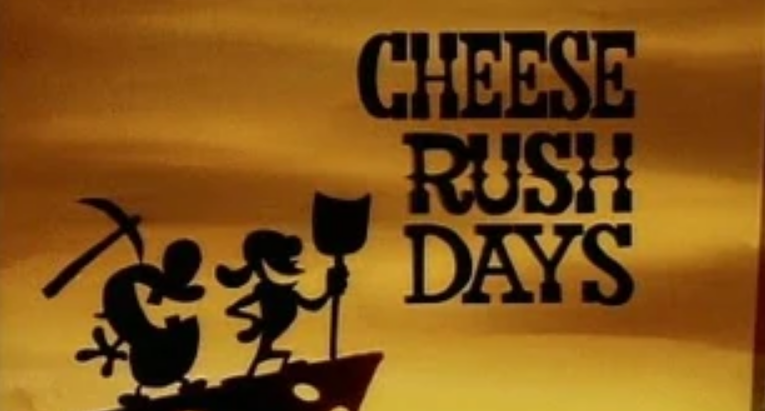 “Cheese Rush Days” is the 20th episode of Season 4 of the show.

Ren and Stimpy are pioneers in search of high-country blue cheese. Then, Ren traps Stimpy and company inside a blue-cheese filled mine because of his own tiny nugget.