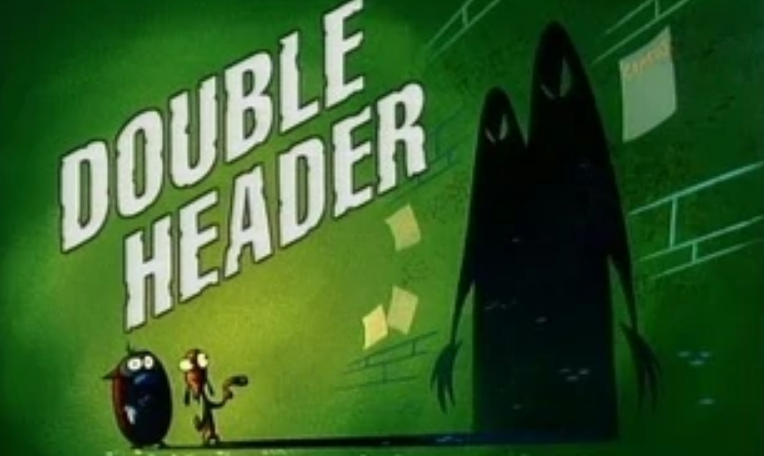 “Double Header” is the 14th episode of Season 4.

While Stimpy hangs onto Ren’s leg in the middle of the street, pleading to not be sent away, the duo get hit by the bus to Ursa Minor. They end up being sewn together at a discount hospital, as it is the only way to keep them alive. After a sleepless night, Ren arrives at work, but ends up getting fired because Stimpy’s stupidity blows up his job. The duo end up in a circus as geeks, are kept in a cold cage, put on display, and fed chicken heads. Some time later, Ren freaks out and the duo get hit by a meteorite labeled Ursa Minor. They are rushed back to the discount hospital. Ren’s face is now sewn on Stimpy’s back. It ends with Stimpy eating baked beans, farting in Ren’s face.

Banned from Nickelodeon due to multiple scenes of disturbing imagery.