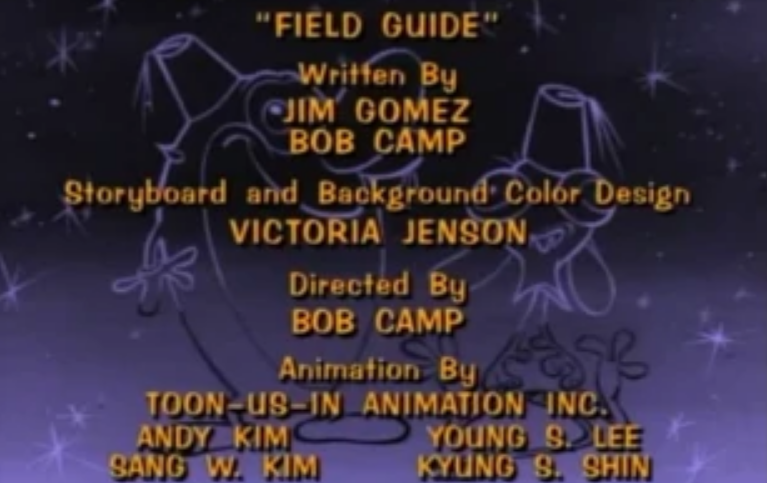 Stimpy welcomes the viewers to another episode of Untamed World. The viewer is reminded that last week’s show, Ren was ripped apart to bits by a pack of blood thirsty Peruvian boot weasels, and Stimpy is the host in this short. Stimpy embarks everyone venture deep into the stinking urban jungles of the southern state in the US, Florida. Stimpy introduces us how the time and gravity work together, in the sea of devolution, reshaping the physical in behavioral attributes of the creature we seek, what Stimpy was speaking of is the rare and an elusive Wily Tree Geezer, and Stimpy tells the viewer to proceed with caution, as we venture into forbidden territory.

When geezers spotting, one always should have a manual called The Field Guide to Retirement Life, filled with all kinds of important information, on how to spot and identify various species. Stimpy thought he had seen some tree geezers, but turns out he thought wrong when they were actually women sitting in the park bench talking to each other, calling them blue crusted biddies. The only true way to spot a specie is to identify their traits, a grey tufted old fogey is being taken as for instance, this creature (despite being an old man) is noted for his curious hacking call, a grizzled curmudgeon, known for its sour angry temper, and the bandy legged codger playing host to the near extinct doddering old fool, whom in fact is Wilbur Cobb complaining about the government, in fact, he is talking to an old man who is either dead or in a coma with his eyes open.

Just then, Stimpy notices that he is in luck to see a wild tree geezer, and Stimpy thinks that he is preying on some unsuspecting mush, in which, this causes him to look at Stimpy indifferently, and it thinks Stimpy is jello, and then it starts to go for it, chasing Stimpy away, and catching Stimpy by trying to eat him with his gums, and in the end, it was all the time we had to day, and Stimpy tells the viewers that we would join next week when the viewers will be learning about the gentle art of taxidermy. The short ends with Stimpy working on how to get the string into the needle, with a completely scary looking dead Ren.