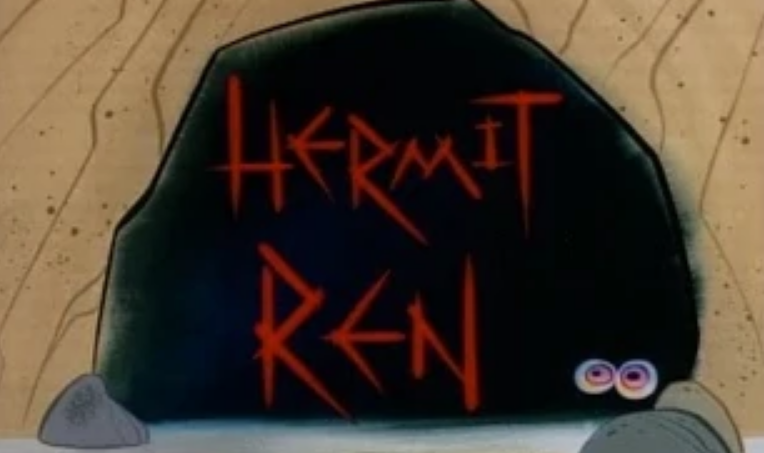 “Hermit Ren” is the first episode of Season 4.

Fed up with Stimpy’s weird behavior and the whole world, Ren moves away and becomes a hermit, but starts to go insane from the isolation. Meanwhile, Stimpy makes a replica of Ren from his earwax.