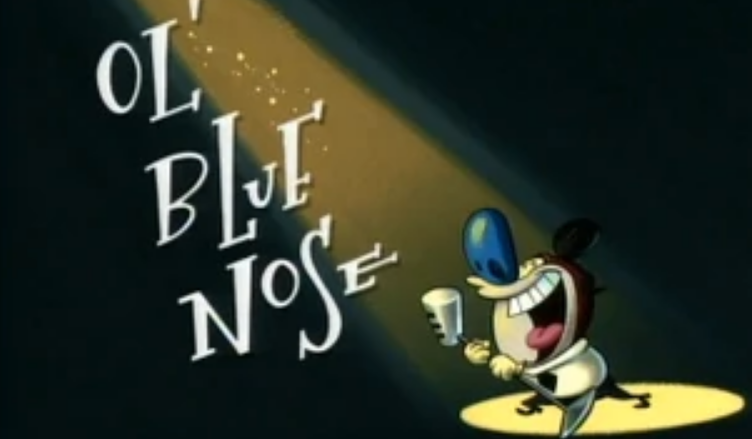 Ren hits Stimpy in the nose (after he spends the last quarter they had on the bus station tv) and he starts to sing with a Frank Sinatra-like voice. Stimpy becomes famous, until his nose leaves for a solo career over creative differences.