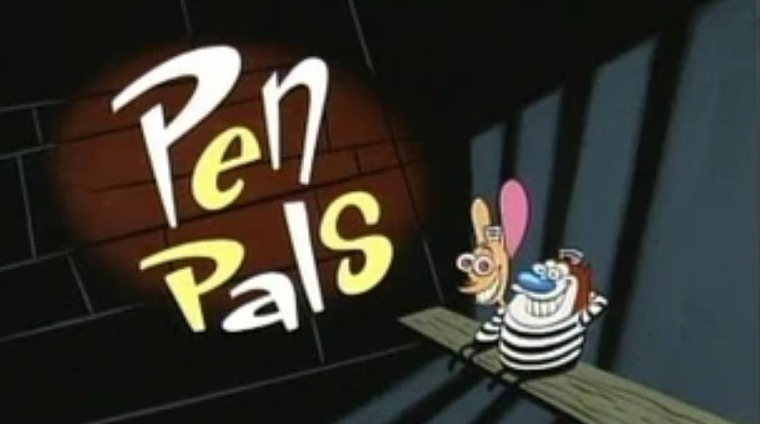 Ren discovers a luxurious newly opened prison. After him and Stimpy’s house (which really belongs to Ren’s mother) is towed due to Ren’s immense amount of tickets, the two of them decide to go to prison. First, they attempt to hold up a bank. Unfortunately, upon exiting, they are blasted by several tanks instead of hauled off jail. Therefore, they decide to break into prison instead. Ren launches a grappling hook at the at prison. It sails through the window and accidentally destroys the warden’s beloved stuffed dog Rascal, furthering the man’s animosity and determination to bar them from his jail. Ren and Stimpy rage a war against the prison, demanding that the warden let them in. Finally, the warden surrenders after they cause a dangerous criminal and 1,000 fugitives to escape, and wiping out the prison. At first, the two of them enjoy life in jail. But then the warden gives them a cellmate so large that he takes up all the room in their cell. The episode ends with Ren and Stimpy squashed against the wall.