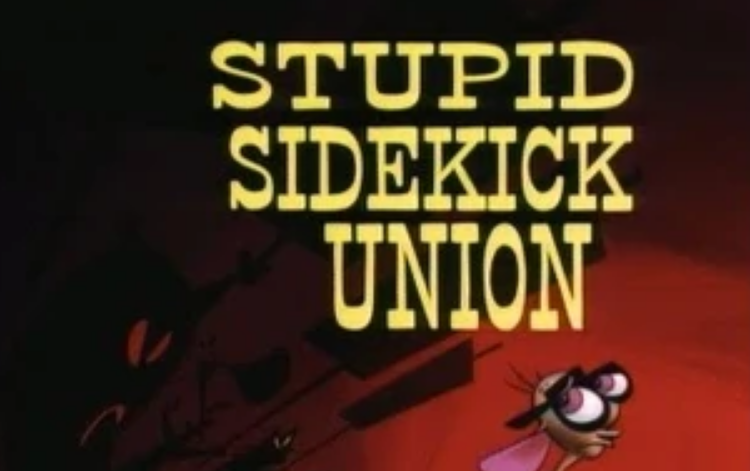 “Stupid Sidekick Union” is the second episode of Season 5 of The Ren & Stimpy Show, which aired on March 18, 1995.

The sidekick union is going on a massive strike, since Stimpy can’t stand the abusive slaps Ren does to him anymore. So Ren is forced to audition new sidekicks, but no one seems to be able to pull out the same pranks as Stimpy.